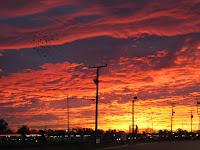 It’s interesting as you get towards middle age and friends start to die. Recently I’ve had three friends pass away. All were involved in the art scene in a variety of ways. They all were instrumental in shaping people’s lives, but they were also artists whose careers never achieved household name recognition. It makes me sad thinking about the number of artists toiling away for years whose work never reached a large enough audience.

I just wanted to shed some light on one of those. I first met Phillip Guilbeau shortly after moving to SF in 1987. I have no idea where I first saw one of his films. At Club Kommotion? The Firehouse? The Artists’ Television Access? I don’t remember where it was, but I certainly remember what it was. The Psychosis of Tony Lambert was a bizarre, no-budget, super 8 blast of anger and aggression. The legendary Gary Floyd (of the Dicks and Sister Double Happiness) played both quack psychiatrist and patient Tony Lambert, driven to psychosis by society’s lack of understanding of his homosexuality. There was bad language, cross dressing, and wild gesticulations and facial contortions courtesy of Floyd. The film was nearly unwatchable at a technical level, but so full of life, energy and attitude that I was hooked and couldn’t wait to watch the film over and over. And it turned out Phillip had a trilogy of Lambert films under his belt. When I finally met Phillip, I found him to be one of the sweetest, quietest, kindest people I’d ever met. And his gentle Texas lilt was always so calming.

I immediately identified Phillip as a kindred spirit. A nice, quiet kid making insane films full of punk rock energy. We did lots of shows together. I put out one of the Lambert films on my first video compilation and screened his films countless times throughout the 80s and 90s.

As life does, we drifted apart. The number of times I talked to Phillip in the last ten years is miniscule. At some point, Phillip moved to Michigan to go to grad school at U of M (my alma mater). He reached out to me several weeks back, asking me to give him a call. We never spoke. I left a message. Phillip called back and left a message on my phone. The message was riddled with dropouts and bad reception and I heard almost nothing. I called back and left a message. And that’s it. Cancer. He passed away at his home in Texas with his family this week.

Not sure when the last time it was that he made a film. Not sure how many people will remember him as a filmmaker. His name likely won’t be included in film history books, but I know his work had impact. It certainly had an impact on me.